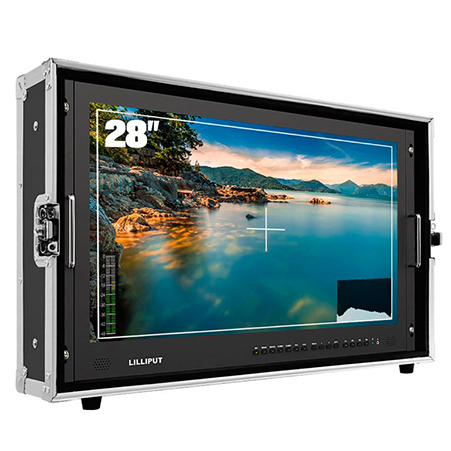 Built into a hard case, the Lilliput BM280-4KS Carry-On 4K Broadcast Monitor is a 28″ native UHD 4K monitor with a Gold mount battery plate, useful for both studio and field situations. The full capacity of the 3840 x 2160 UHD resolution 8-bit panel can be driven at up to 30 fps by any of the three HDMI 1.4 inputs, via one HDMI 2.0 input with up to DCI 4K sources, or via SDI input with up to 1080p60 sources.

In addition to the four HDMI inputs available on the back panel, HD and SD sources include one 3G-SDI, one DVI, and one VGA port, and there is one loop-through SDI output. Video signals input via any of these ports will be properly scaled to fit the entire screen. Analog audio from the RCA inputs or embedded digital audio from video inputs can be heard using the monitor's built-in speakers or the 3.5mm headphone output. There is a tally input, and a DB-9 tally adapter is included to utilize tally information on the monitor. The monitor also supports adjustable HDR color spaces and you can choose built-in presets or load custom 3D LUTs via its USB port.

For power, this monitor accepts a wide range of voltages ranging from 12 to 24 VDC. In the studio, the included power supply plugs the BM280-4KS into the wall, and the 75/100mm VESA mount can be utilized for mounting on a stand. The included tally connector passes tally information through to the monitor when connected to a switcher. While in the field, the monitor will accept battery power via the built-in Gold mount plate. It can stand up vertically using the rubber feet built into the monitor's hard case, and a sunshade is included for increased visibility outdoors. 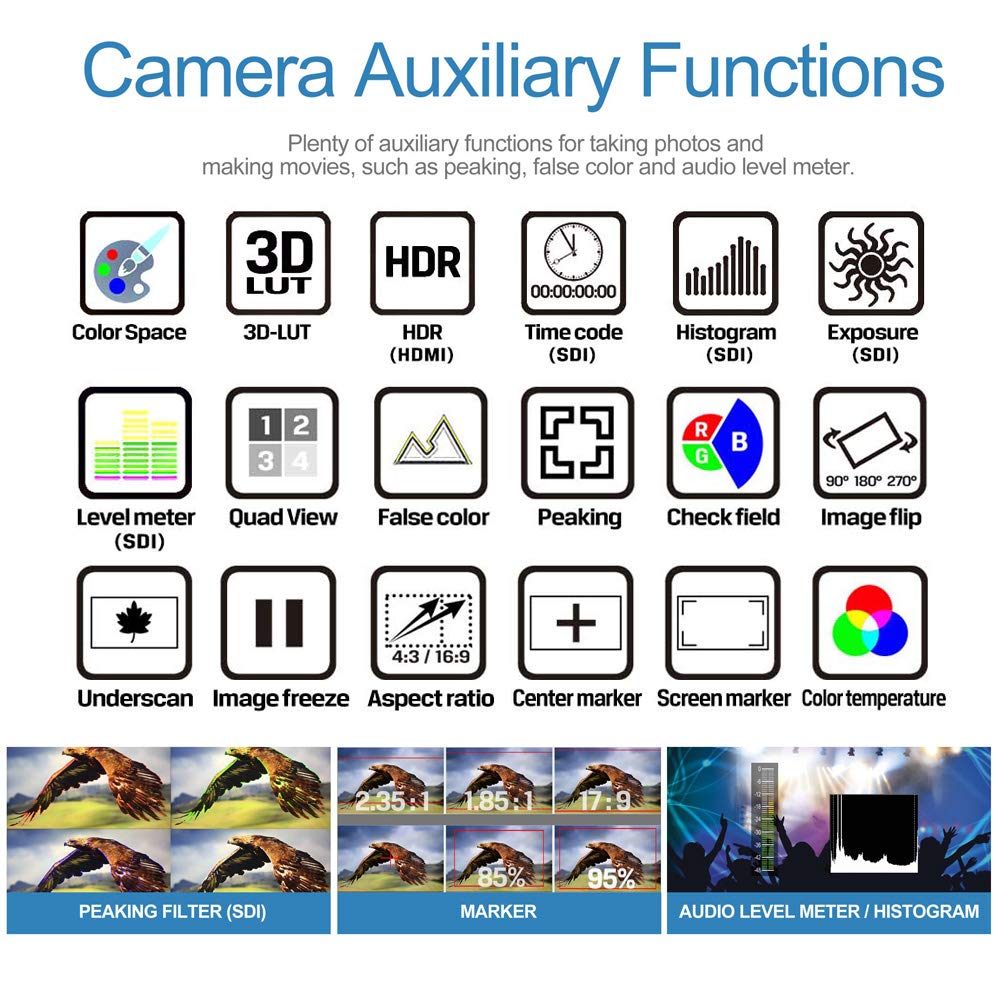 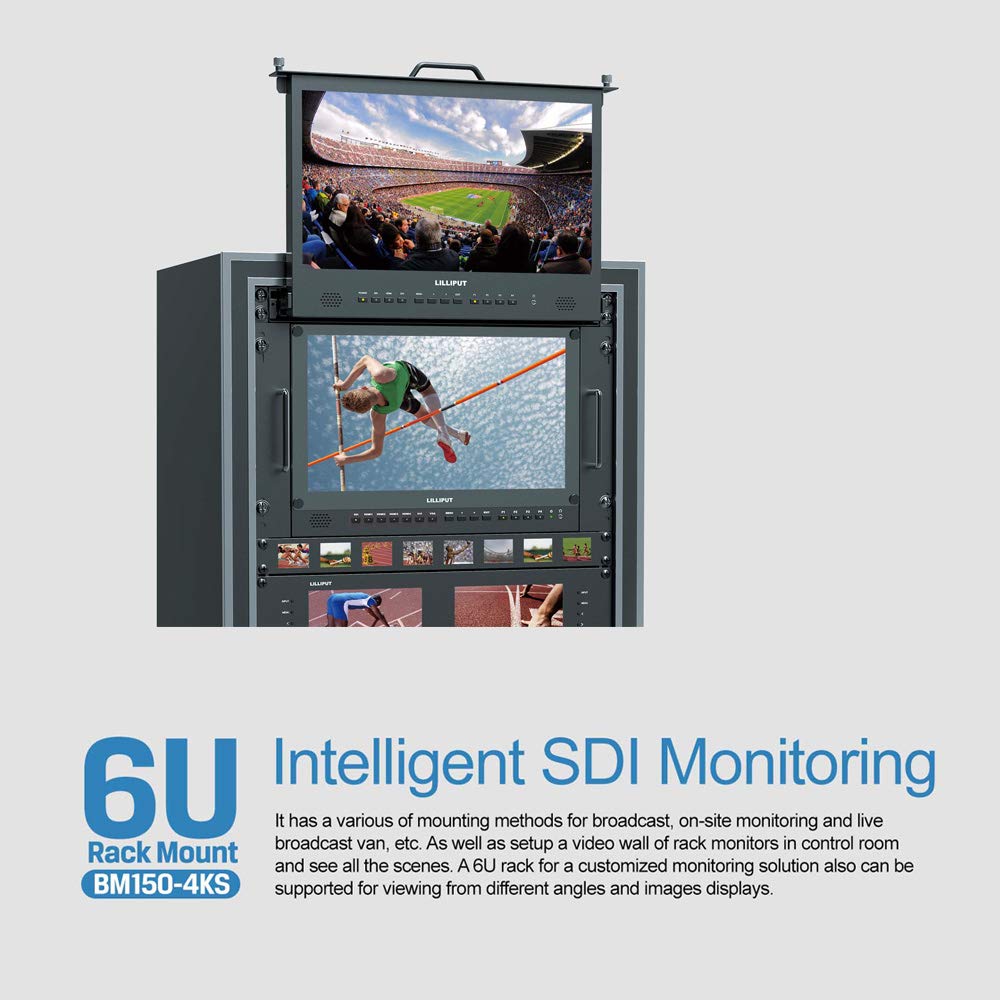 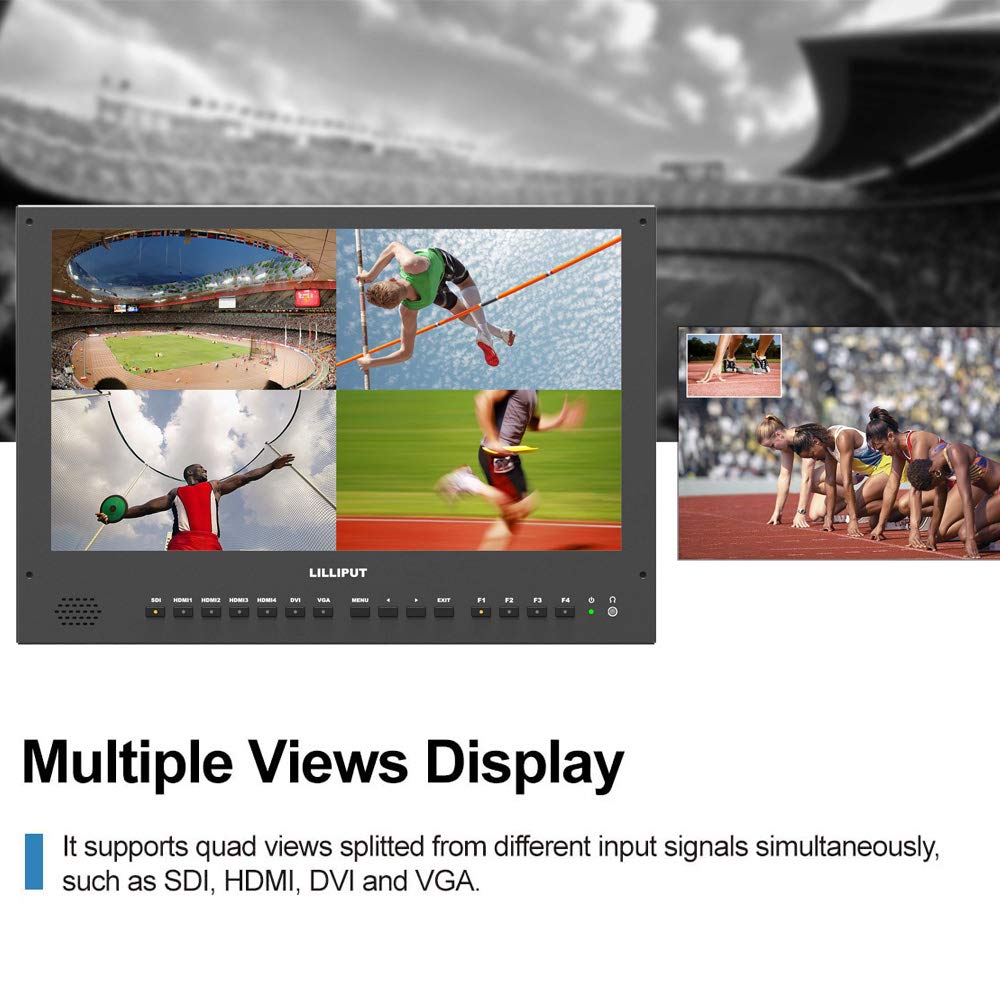 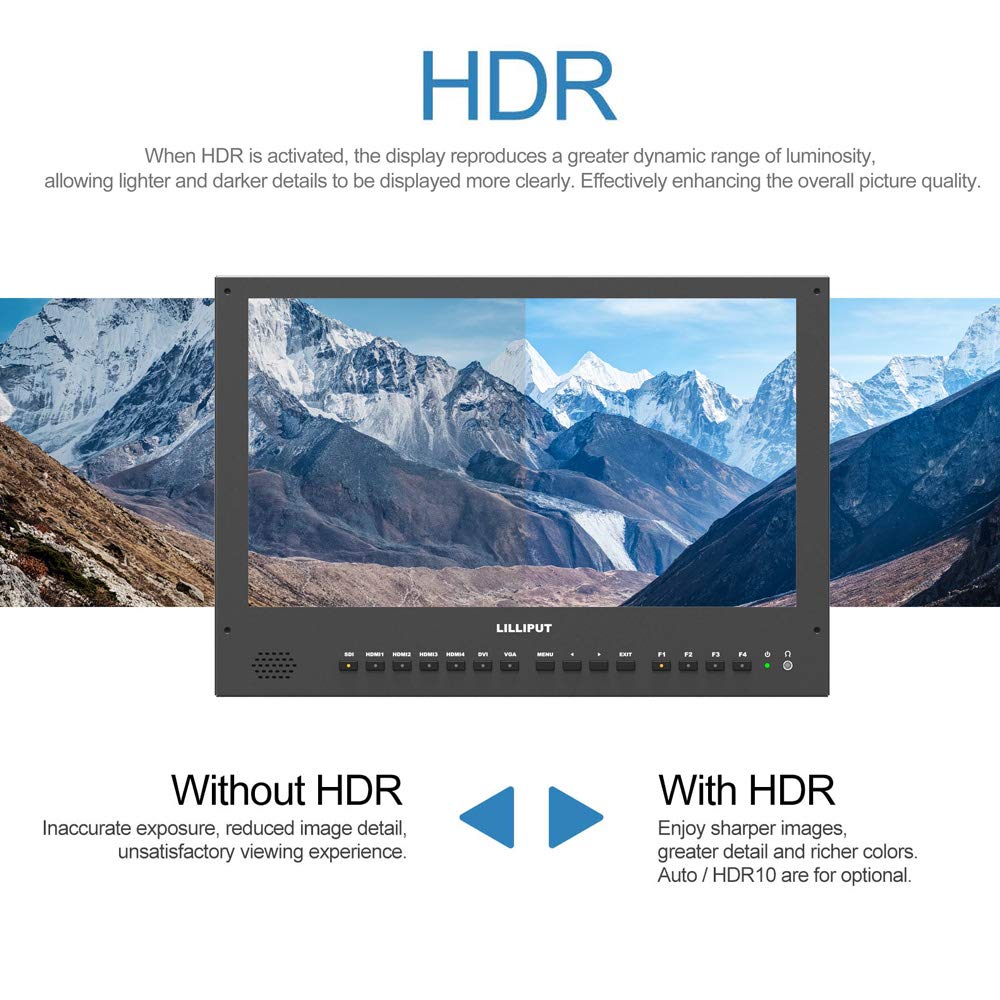 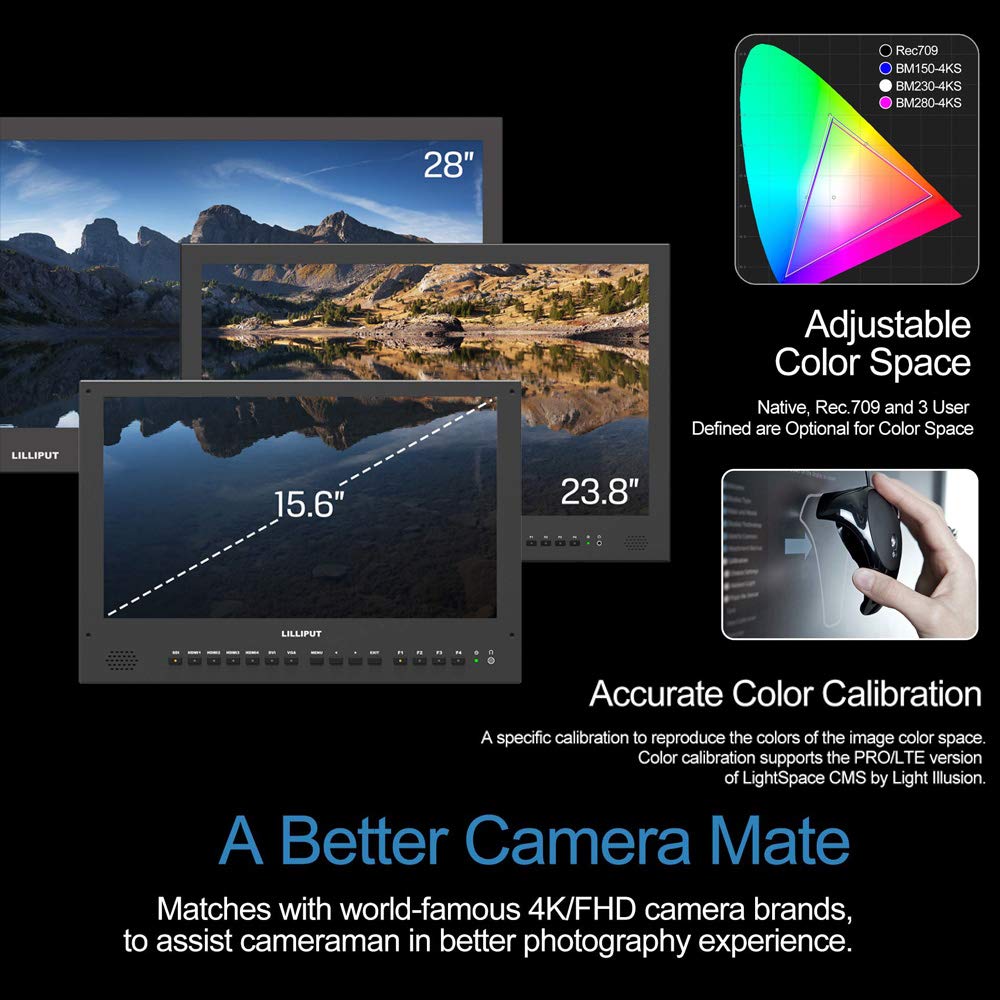 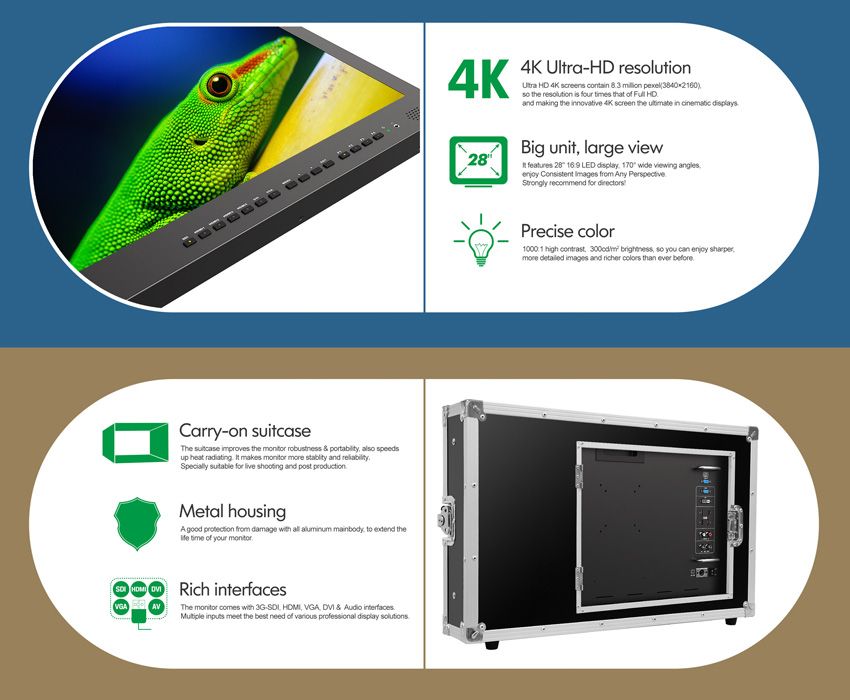 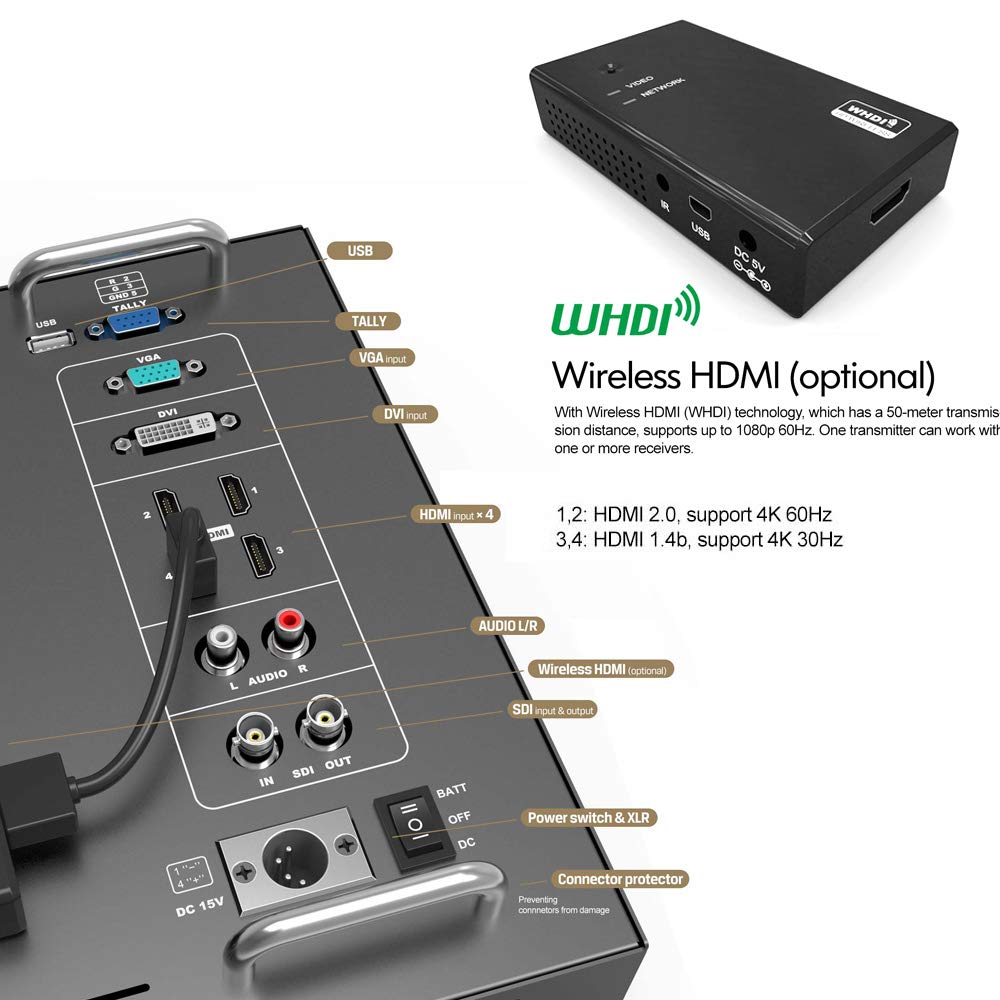