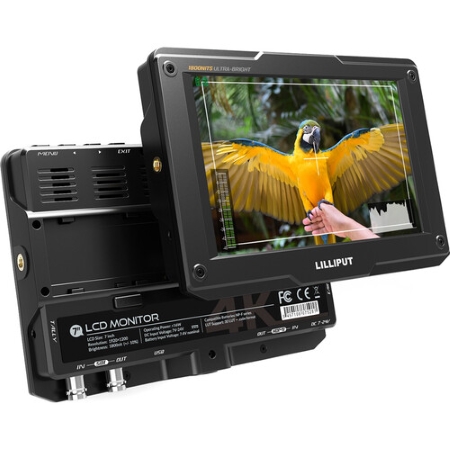 
Monitor your 4K camera images with the H7S 7" 4K HDMI/3G-SDI Ultra-Bright On-Camera Monitor from Lilliput. The H7S features 3G-SDI and HDMI 1.4 inputs, making it suitable for DCI 4K24 and UHD 4K filmmaking and photography. With a 16:10 aspect ratio, an ultra-bright 1800 cd/m² display, and a 1200:1 contrast ratio, the LCD panel displays Full HD images natively in 1920 x 1200, up to a maximum resolution of 2840 x 2160. The HDMI loop-through output function allows you to output via 3G-SDI or HDMI to any other compatible device.

The H7S supports loading 3D LUTs via the USB port on the bottom, and it supports HDR image input with the ability to display a wide dynamic range such as ST2084-300, ST2084-1000, ST2084-10000, and HLG (Hybrid Log Gamma). On the back of the monitor is a dual L-series battery plate so you can power the monitor for a long shoot. The batteries are also hot-swappable so you can charge one battery and then swap out the other while the monitor is in use, without having to power it down.

The monitor features a speaker, a headphone jack, a tally input, and numerous control and function buttons around the display. You can create shortcuts to your favorite and most used monitor functions using the two customizable function keys. You can mount the monitor onto your camera by attaching the included shoe mount adapter to the 1/4"-20, or with threads on the bottom or sides. An HDMI type A to type C cable, a tally cable, a power adapter, and a carry bag are also included in the box. 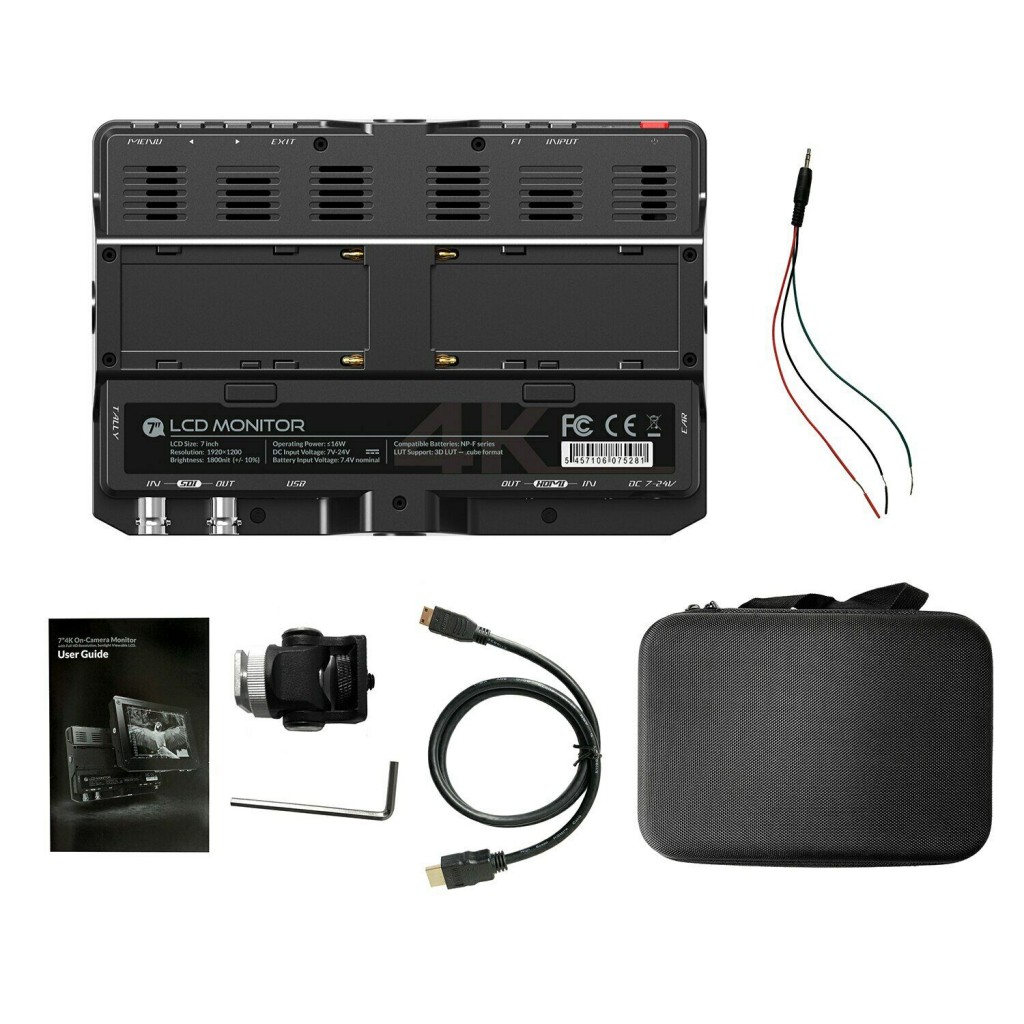 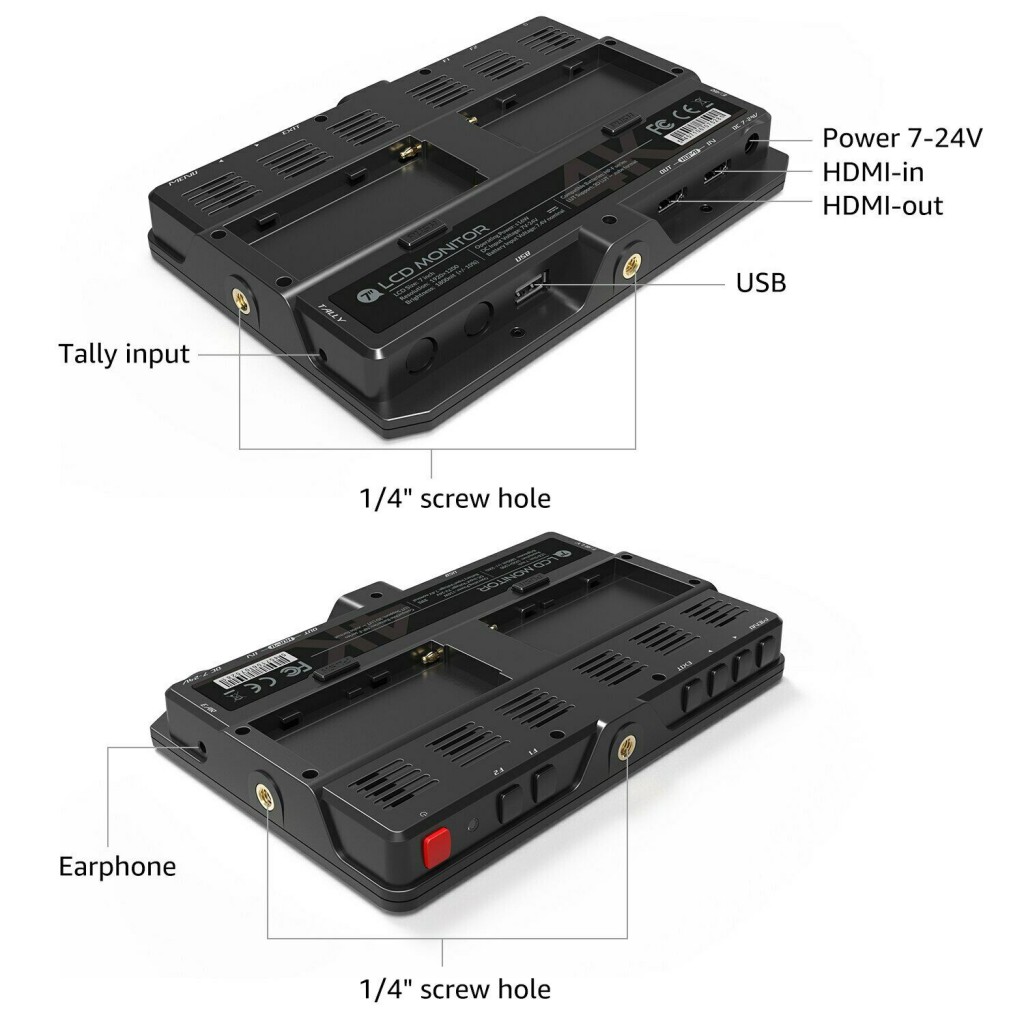