Keeping microwave antennas in the eye of the storm

Did you know that Australia’s Barrow Island experienced a wind gust in 1996 during Severe Tropical Cyclone Olivia of a staggering 254 miles per hour (MPH)? In fact, Cyclone Olivia was responsible for producing the highest non-tornadic wind on record – exceeding the 231 MPH recorded on Mount Washington in the United States in 1934.

Strong winds – even if they don’t reach 254 mph – have the potential to create catastrophic situations and devastation. Indeed, severe thunderstorms, hurricanes, cyclones and tornados can damage anything in their path and cause billions of dollars of destruction.

High winds and inclement weather have always posed a challenge for communications infrastructure in general, and microwave antennas in particular. Specifically, operators often experience trouble with paths due to misaligned antennas and damaged towers in the wake of heavy storms.
This has prompted microwave link operators to select solutions that can help prevent out of alignment paths. For example, CommScope’s High Wind Kit for the HX, USX and LX6 series of microwave antennas include 2 or 3 (depending on the size of antenna) outbound struts that increase the integrity and survivability of the antenna from 200km/h (124mph) to 250km/h (155mph).

It is important to emphasize that improper installation (i.e. strut attachment to cross members or minor section of a tower) of any strut is like putting a tire on a car improperly. After a while, if not initially, one will notice that the car veers to one side, often with an unsettling rattle.

Where can you find a High Wind Kits?

CommScope’s High Wind Kits are available for purchase separately and can be installed initially with the microwave antenna or as a subsequent field upgrade. However, we recommend installing the High Wind Kits initially with the antenna – both for convenience and the protection of your investment. To be sure, the cost of the High Wind Kits is significantly less than the expense incurred by recalling a crew to realign or replace antennas. With CommScope’s High Wind Kit, customers can achieve protection, at a relatively low cost, to shield and better protect their microwave antennas against high winds and inclement weather.

This article was first published by CommScope’s Kevan Williams on the CommScope blog site on Aug. 5, 2020 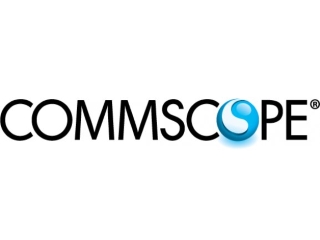